Q&A: Matt Martindale of Cooder Graw With the return of this much-loved (and missed) Amarillo band, the Texas country scene just might get loud again 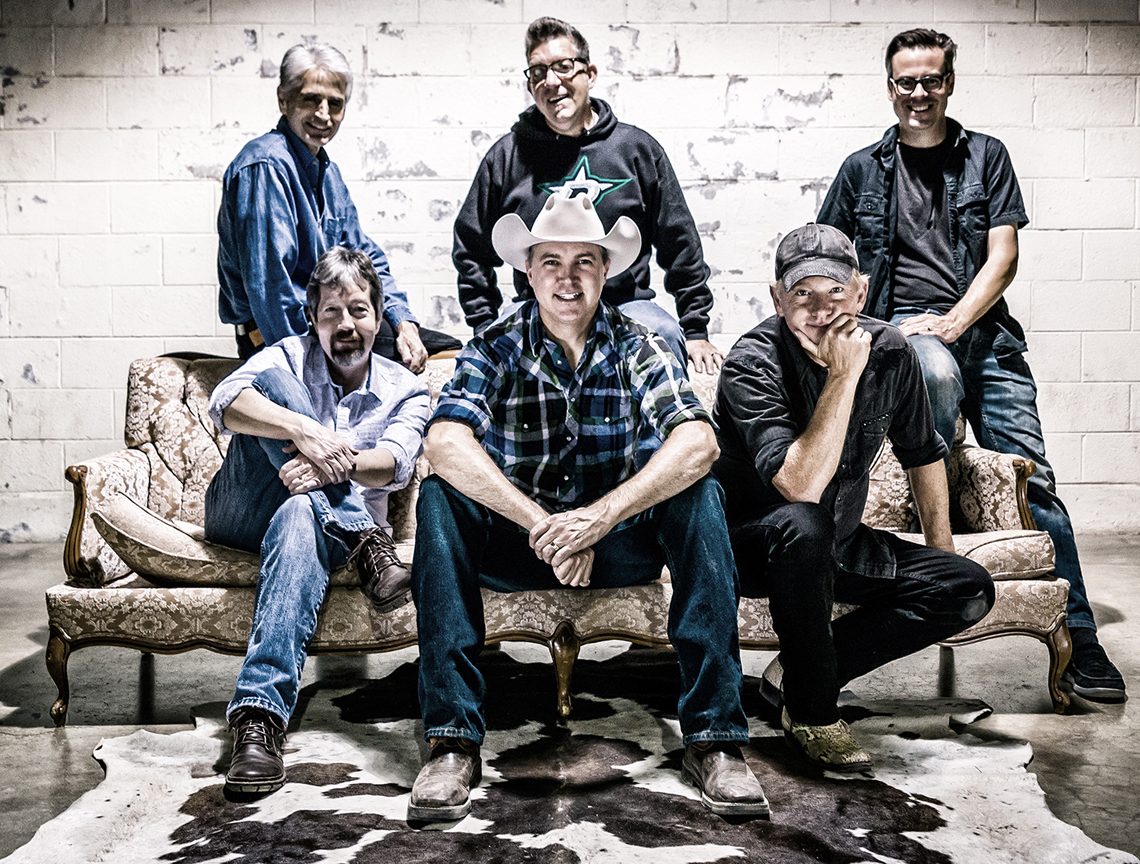 Recent converts to the independent Texas country-rock movement might not know this, but for a stretch in the late ‘90s going into the new millennium, Amarillo-based honky-tonkers Cooder Graw were among the most popular and hard-working bands tearing up venues and festivals all over the Lone Star State and beyond. But after the band amicably called it quits in the mid-2000s, frontman Matt Martindale mostly slipped away from the increasingly crowded scene, occasionally taking the stage for a solo gig. And although Cooder Graw’s crowd-pleasing blend of classic country, bar-band rock ’n’ roll, redneck humor and often finely-detailed songwriting made for a pretty fair back catalog, the Texas country scene just hasn’t been quite the same — or near as loud — without them. So it came as welcome news when Martindale and the rest of the band — lead guitarist Kelly Turner, bassist Paul Baker, drummer Kelly B. Test, fiddle and mandolin player Carmen Acciaioli, and pedal steel player Danny Crelin — finally decided 2016 was high time for a new chapter after several years of following other professional pursuits. Granted, as comebacks go, so far Cooder Graw’s has been a relatively modest step back into the game – just a new EP and a handful of new gigs on the books. But the new songs on that EP, Love to Live By, are killer. More than capable of going toe-to-toe with anything from their heyday, the new record is equal parts rambunctious and mature, imaginative and personal, ranging from outlaw balladry to steadfast love songs like the title track. Martindale was kind enough to pull up a chair and talk about the new music, the new shows, and the history of the much-missed Cooder Graw.

So what led to getting the band back together?

I’d been speaking with our old manager now and then, and people would always ask me, “are you getting the band back together again?” but I never thought we would. It wasn’t like an Eagles “hell needs to freeze over” thing, but I just hadn’t planned on it. But the more I thought about it … I called Kelly Turner, our lead guitar player, because he’s really the center of everything. It would never work without him, so I made sure he was on board first. And once he was, our bass player and our drummer — the second drummer we had, Kelly Test — they were good to go. And it went from just “good to go” to everyone’s excited about it, from the booking agent to the merch manager to everyone else we called.

I recall the word going around back in your first round of success was, “these guys are total pros in their respective lines of work, they just also happen to be a great honky-tonk band.” Tell us a little bit about that.

We really never planned on being full-time musicians, but something just clicked. We enjoyed being with each other. Guys like [bassist] Paul Baker and Kelly had played in a lot of bands but I hadn’t. I’d just written some things, but they helped me hone the craft, become a better showman and a much better songwriter. Kelly’s such a great guitar player, Paul was so good at putting a show together … plus it was just really good timing. There weren’t a lot of Texas country or Red Dirt bands out there at all when we started, and we were all getting tired of our usual gigs and itching to jump out there and do something different. But you know, it’s hard to be gone all the time. We’d play 150 shows a year, didn’t get to see our families much, and after a few years we all kind of felt like it was time to get back to real life, so to speak.

In your real life “secret identity,” you’re actually a practicing attorney. Seems like an interesting job. How does that inform your songwriting?

[Laughs] Oh yeah, it gets interesting. Especially since, specifically, I’m a criminal defense attorney. And you can hear that in some of those old songs … “State Line,” “Crystal” … and then on the new record, “Mexican Blues” especially. Some of that vernacular, I’d never come up with by myself, but some of the folks I represent use very colorful language. There’s not a dictionary out there to help you understand those sorts of things. It’s been a great education, and not just as for songwriting purposes, but for understanding human nature in general. I try to help people as much as I can, and they’re helping me, too.

In the early days, how did Cooder Graw evolve from a few local Amarillo guys jamming to a band going on tour and cranking out albums?

It happened quickly, really. We had a two-hour practice because we’d already booked a gig at a VFW hall outside of Canyon, Texas. We played a four-hour show off of a two-hour practice, figured out we could pull some stuff out of our back pocket if we had to. So that show led to others, we started playing regular shows at the Golden Light in Amarillo, and then I begged us onto the bill of a local show with Robert Earl Keen and Jack Ingram. Then we got a manager who got us into Billy Bob’s and Gruene Hall, and I started writing more songs, and we worked up a demo. We sent it to Ray Benson looking for a producer, Jim Dickinson out in Muscle Shoals even showed some interest in producing it, and we met with Rich Brotherton, too, but Ray just seemed like the guy to go with at the time. Then again, we saw Rich a lot, he kind of coined the phrase “loud country” to describe our music and that got worked into the “Llano Estacado” song and into who we were. So of course we ended up working with him later. Anyhow, our manager got a couple of our songs into a Jamie Foxx movie called Held Up, and this is all within a year or two of us getting started!

You’ve had a few years to get some perspective now. What do you think were some of your biggest accomplishments on the first go-round?

Just getting in front of the right people was a big part of it. Getting to play shows with folks like Robert Earl Keen and Asleep At the Wheel, getting songs in a movie, playing at Gruene Hall to some big crowds. Within three years or so we got to be on the bill at Willie’s Picnic, got to play with Willie Nelson some. And then we became part of those Dodge truck commercials, that was a huge break. We probably wouldn’t have seen nearly as much success without that; we were the first band around here that got one, and just the way they labeled it in the commercials made it look like it was our music video, and it was on TV all the time.

How closely have you followed the homegrown Texas country scene during your less-active years?

Honestly, I haven’t paid a lot of attention to what’s been happening in the scene. I’ve still got my same folks that I like to listen to and keep up with, and I keep track of the charts sometimes, but I don’t go out and listen to a lot. I’ve got some buddies like Larry Joe Taylor, Jason Boland, Cody Canada, Max Stalling, Deryl Dodd, and I keep up with them and hear from them on occasion, but I guess I keep my distance a little being a dad and a husband.

Any new acts or developments that have really piqued your interest?

Well, over the past five or six years I’ve become kind of a bluegrass freak. I’ve paid a lot more attention to that recently that the Texas/Red Dirt scene, and I guess a lot of it is pretty old-school. I started listening to the Steeldrivers with Chris Stapleton in the band, and then when he left I was in a brief state of depression. But now he’s doing his own thing … I felt like when I heard him I’d found the new Chris Knight, the new Steve Earle, something like that. And I still think he’s that guy; Stapleton is amazing. But I tend to like his Steeldrivers bluegrass the best. And I’m a Tony Rice guy, Brian Sutton, Norman Blake, Doc Watson.

What are some of the big plans going forward?

Well, I don’t think they’re so big that we’re ever gonna quit our jobs again. [Laughs] I think we’re all pretty happy. I like the sound of a 10-12 shows per year schedule. I like the sound of the new EP, I like writing again. I love getting to do what I get to do and still maintain a normal life. We’ll record more, maybe get some on the radio, but we don’t have the aspiration to do 150 shows a year again. I’d rather do the new George Strait schedule, that sounds good, right?