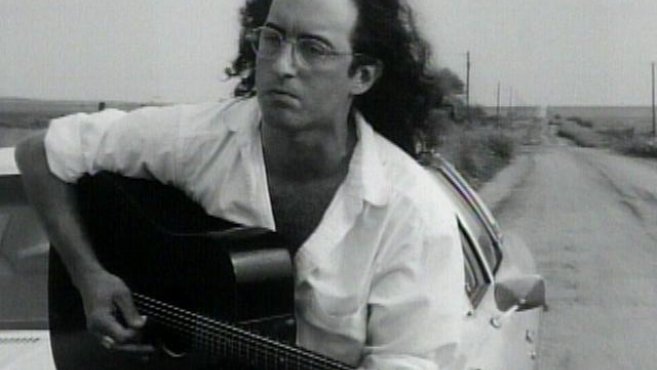 James McMurtry is one of the premier Texas storytellers in song, and nowhere is that more apparent than on his latest album, Childish Things. Following on the heels of his smoking in-concert CD, Live In Aught-Three, it features some of his most finely etched portraits of characters living real and sometimes strange existences, marked by McMurtry’s mordant wit and gift for telling detail. The set also includes a rocking take on the old folk chestnut “Slew Foot” with Joe Ely trading vocals and a version of Peter Case’s “The Old Part of Town.” But the piece de resistance is his seven-minute long look at America today on “We Can’t Make It Here,” in which he details the failures of our government’s domestic and foreign policies with a keen eye for the problems our nation faces that rivals the best editorialists opining today. Recorded and originally released via his website in time for the 2004 presidential election, it is a song that is powerful and unflinching.

Greatness in the art of writing runs in the McMurtry family, as his father happens to be acclaimed novelist Larry McMurtry of Lonesome Dove and Terms of Endearment fame. Born in Fort Worth and reared in Virginia, James McMurtry first appeared on the Texas music scene in the late 1980s, winning the Kerrville Folk Festival “New Folk” contest. He came to national attention in 1989 with his first album, Too Long In The Wasteland, produced by John Mellencamp and released by Columbia Records. Over five more studio discs prior to his latest, McMurtry has refined his talents not only as a writer but also a singer with a droll potency and a guitarist of great skill and impact. Leading his trio the Heartless Bastards, with Darren Hess on drums and Ronnie Johnson on bass, McMurtry has become known as one of the most powerful live acts in the singer-songwriter genre. With his razor-sharp lyrical eloquence and music to match it, McMurtry is one of the masters of the Texas songwriting scene.

“We Can’t Make It Here” seems to be really striking a chord with people.

It’s real big in Maine right now, because Maine has lost 30,000 jobs to outsourcing. So it’s really connecting with what I am saying there right now. In the Bay Area they like it but they don’t really get it.

Novelist Stephen King has been playing it for almost a year on his radio station in Maine. How did you make the connection with him?

The story he tells is that he heard the live version of “Levelland” on satellite radio and went to his program director and said, can we play this record? And they looked through and they decided to play “Choctaw Bingo” even though it’s eight-and-a-half minutes long. You can try stuff in Maine. So it was the most requested song on WKIT in 2004 until we came out with “… Can’t Make It Here” and that one really lit up the phones.

How did you come to write that song?

I wanted to get something out before the 2004 election. I can’t really remember how I got the song started. Steve Earle put out that whole album, The Revolution Starts Now. I really liked it and wanted to get at least one song out somehow or another.

Since you hadn’t really done political songwriting before, it’s a change for you, isn’t it?

I was always afraid of it. I was afraid it would screw up my art and I would end up writing sermons instead of songs.

What changed your mind?

I had to risk it. The situation is too dire. I had to do something. I tried to write a bunch more, but they did turn into sermons so I threw them out.

Didn’t you get booed when you played “We Can’t Make It Here” at Jack Ingram’s Real American Music Festival?

One guy in the middle of the crowd booed and gave me the thumbs down. He didn’t realize he was surrounded by Veterans for Peace. Or maybe he didn’t care. Actually he didn’t boo the song. He booed when I mentioned Cindy Sheehan.

You played at Camp Casey a couple of times in August. Do you feel like some people are misinterpreting what she is doing?

We played up there twice. It was portrayed in the press that it was just a bunch of hippies there. It’s like they couldn’t get their mind around Veterans for Peace. They could do “grieving mom” — that’s what they called her. They had a category for that.

You were born in Texas and grew up in Virginia. Did you still identify yourself as Texan?

Yeah, we always though we were Texans.

You started playing music at a rather young age, right?

I was playing guitar when I was about 7. I started playing out when I was a college student in Tucson.

What inspired you to start writing songs?

I saw Johnny Cash when I was young and later I saw Kris Kristofferson. Stephen Bruton was in Kris’s band. I was close enough to really see, and I could see that Kris was having a really good time. Which is why I wanted to do this.

And is it still fun?

Oh yeah. The music’s fun. I don’t mind the driving but I don’t like the loading though.

You started out on Columbia Records, a major label, and have since made albums for two indie labels, Sugar Hill and Compadre. How do you compare being on a major with recording for an indie?

Generally speaking, it’s better to be on a major label. But Compadre is doing a really great job right now. At a major, if you get a few people on your side, you can just get a whole lot more money sent your way. It makes things go a lot easier. If you’re touring, the promoters know that they’re going to get a ticket buy and sell some seats to the label. And they have branches in all the big cities you go to. So it’s good if it works, but sometimes you can fall through the cracks. But if you get in good with a few key people, they can really make things happen. I had tour support on my first album. On my second album I didn’t and I haven’t had it since.

Do you make a pretty decent living now even though you record for indies?

Yeah. With songwriting royalties and everything else, I do all right. I couldn’t do it just off the road. Well now I probably could. I’m starting to draw pretty well.

You’ve been working with Darren Hess and Ronnie Johnson for quite a while now. So the trio thing works pretty well for you?

Yeah. Now Tim [Holt], our soundman has been playing guitar on the last few songs because he played on the record. So towards the end of the set it turns into four piece. And that’s nice, because by then I’m pretty well brain dead as far as guitar goes. Trios are hard. You have to play just right.

Maybe there’s a similar narrative sense. I don’t know. I get a lot of arguments about it being genetic, but they never accused him of that, because before him you can’t find another writer back there in the family. So I don’t know about the genetic thing.

He became a writer because he was a reader first. And still is. And I was a listener. I don’t mind reading but I’m not an avid reader.

You tend to write a lot about people and characters. Do you know why that is?

I don’t know. It’s easy to write from the point of view of a character. It’s a lot harder to write from your own point of view. And even if you start out with your own idea of the song, it changes as it goes along and it can turn out to mean something different from what you thought you wanted to say. But if that can have more impact as a song, then that’s what you should go with.

Yeah. You’ve got to still believe in ghosts. I’ve touched on that before. There was a song called “Peter Pan” on the It Had To Happen album which had the hook line: “I can’t grow up ‘cause I’m too old.”

If you weren’t making music, do you have any idea what you would be doing?

I don’t know. When I was a kid I thought I wanted to ranch like my granddad did. I hope I have better sense now. But they say there’s a future in goats. There’s no future in cows but goats are the future. The largest growing segment of our population eats goats.

They used to raise goats in the Hill Country for mohair, because they got really good government subsidies for mohair because Eisenhower wanted to make sure we had plenty of military uniforms. Thirty years after they stopped using mohair for uniforms they still had the subsidy. And then somebody got wise and took it away and goat raising suffered. But now that there are people who will eat goat it’s a better deal.