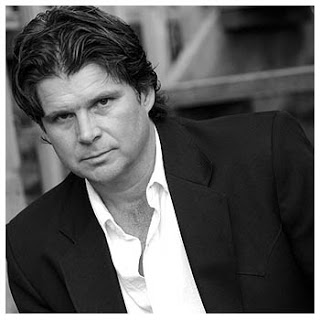 It’s a Lone Star Music landmark that Chris Knight is our spotlight artist this month. Unlike the other acts that have been featured and interviewed in this fashion, he’s not from Texas, even though, if you listen to his music, he sounds like he sure as hell could be. And we’d be proud to have him. Instead, Knight hails from the one traffic light town of Slaughters, Kentucky. Yet he writes story songs that parallel the best from Texas songwriting icons like Townes Van Zandt, Guy Clark, Billy Joe Shaver and a host of others.

Prior to winning his first record and music publishing deals, Knight was a strip mine reclamation inspector who wrote songs in his spare time. But the 1998 release of his self-titled debut album on Decca Records signaled the arrival of a major new songwriting talent. Critics raved, comparing him to the likes of John Prine and Johnny Cash, but despite getting some play on Americana and Triple A radio, he lost his major label deal after Decca was folded into MCA/Universal.

Nonetheless, his music caught on in Texas more than anywhere else, thanks to heavy airplay on Dallas’ KHYI for the song “It Ain’t Easy Being Me.” It remains after eight years the number one most requested song on the station, and helped spread the word on Chris Knight across the Lone Star State. Today, Knight is a frequent visitor and popular live act in these parts, playing some 60 dates a year in Texas.

Knight continued to make superb records full of fine songs as an indie: 2001’s A Pretty Good Guy and 2003’s The Jealous Kind, both produced by former Georgia Satellites frontman Dan Baird and released on the Dualtone label. With his latest, Enough Rope, he’s gotten even more independent, putting it on the Drifter’s Church label, run by his manager Rick Alter.

On his new CD Knight has also gotten even closer to Texas by working with a native Texan as his producer — Nashville-based Texpatriate Gary Nicholson, known for his longtime association with Delbert McClinton and hit songwriting career (and also as an artist in his own right under the banner of Whitey Johnson, creating some very cool blues). It’s a fine addition to a catalog of music that should be there in your collection in between Robert Earl Keen and Lyle Lovett.

Gary Nicholson produced the new album and co-wrote a bunch of songs on it with you. Did he end up producing it as a result of your songwriting relationship?

We started writing back right before I made my first record. We just hit it off pretty good and just kept writing. We had a hit song with the one Montgomery Gentry recorded, “She Couldn’t Change Me.” We started talking about making a record a few years ago and when it came time to do this record, we decided to work together on this one.

Our whole idea was to do this record and shop it around to some major labels. We got some interest but nothing ever happened. Gary has been around a long time and knows a lot of people. His band is basically who played on my record, and they’re the guys who played on my first record.

How was working with Gary different from the records you did in the past with Dan Baird and Frank Liddell?

What was cool about working with Dan is that he’s a rock ’n’ roll guy. He played on the records a whole lot, and he got what I was doing — that it had a little bit of a rock flavor to it, but when it needed a folk-rock flavor, he knows all about that too. Gary’s lived a lot in the mainstream country world, but he also knows a lot about blues and R&B and we’ve written some songs together that have that sound to it. He’s just a different guy and I enjoyed working with him. I’ve enjoyed working with them all.

You’ve been lucky to work with some very sympathetic and compatible producers, haven’t you?

I am lucky. I’m lucky in my whole career.

It’s my manager’s label. He’s had this production company. My last two records I made under his production company, and we leased them to record companies and then we get them back. This time, he just started the label and it’s all on our own. I was ready to do it a long time ago. He has access to just about anything the independents have.
Though you were trying to get another deal with a major label to put this one out, you don’t really fit in with what the big Nashville labels are all about these days.

They’ve got their thing that they do. Turn on the radio and turn on CMT and that’s what it is. By looking at that, it looks like I started out at the top by starting on a major and now ended up at the bottom. But it’s the exact opposite. As far as my being able to go out on the road and sell records, it’s been a steady incline. With each record we hope to get a bump every time, and that’s what we’ve been able to accomplish.

Is it safe to say that by now you’re a musical lifer?

Yeah, I couldn’t do anything else.

You could go back to being a strip mine reclamation inspector, couldn’t you?

I probably could. I liked the job a lot. But second day on the job, I’d be like, why in the hell did I do this?

Being creative seems like it’s very important to you. What’s the intrinsic satisfaction you get from writing songs?

If I were a house builder, I’d get a lot of satisfaction out of the house I’d built. I can write a song, and sometimes I look at stuff I’ve written and am pretty proud of it. And I also wonder: how’d I do that? I get some satisfaction and pride out of it. And I don’t answer to anyone but myself. I’m self-employed and that’s a good thing.

Do you find that there’s some kind of mystical element that comes into play with writing songs?

For sure. It’s gotten a little harder now. When I first started writing, for 10 years I wasn’t married and didn’t have any responsibilities other than to myself. So I kind of lived in that world. Not that I lived the life and did everything that the characters did. But that’s where my head was — thinking about people and places and things that happened, and finding something cool about things that other people just don’t see. I don’t know what it is, but it was like a place in my mind where everything might look a certain way but it looked a different way to me and sounded different.

Which of your songs are you most proud of?

Is it kind of like that Townes Van Zandt thing about sky songs, where they just fall from the sky into your mind?

You’ll be laboring with it and all of a sudden something comes and your hair stands up on the back of your neck. It’s like, I don’t know where that came from and I don’t really remember where that came from. I didn’t really work that out in an equation; it just appeared and I wrote it down.

Has writing always appealed to you and been something you had a knack for?

My first couple of years in college, I kind of screwed around and partied and wasn’t that into it. I’d never cracked a book in high school. It wasn’t that I was dumb, I just never really put forth the effort. I finally figured it out the last couple of years and raised my grade point average and did real well. My first couple of years I was getting C’s and D’s except in English 101 and writing classes, where I was making A’s and B’s. And I remember having a topic to write about and having anxiety about it and thinking, how am I going to do this? But then I always ended up doing it. It’s almost innate, a lot of it.

Do you think the ability to write well has a genetic component?

I don’t think just anybody can go to the place in their head and be creative. You have to be born with it.

What was it that led you to become a songwriter?

I was always more of a thinker growing up — just sitting in the woods and thinking. I didn’t have a lot of friends that did that or even understood me. The music I listened to, the more serious singer-songwriter stuff, none of my friends got it. I listened to the radio and rock ’n’ roll stuff as a teenager, but I also listened to people that they never heard of and really didn’t get.

Why do you think you have become adopted into the Texas music scene?

I dunno. I’ve been coming down here since ’98, and live music and singer-songwriters are pretty important to the people down here. And they have a long music tradition and they have a lot of history down here and people are proud of it. I don’t think there’s another state in the Union like that. In Kentucky, people are really proud of their heritage. But it seems like everyone in Texas is proud to be Texan.

I think that the best Texas songwriters are all really good storytellers, and that’s what I try to do in my songs — tell a story. So I guess people in Texas hear that in what I write and can relate to it.

Speaking of being proud to be from Kentucky, the one band that had a sizable hit with one of your songs, Montgomery Gentry, are also very proud natives of the Bluegrass State. Do they also relate to the tales you tell about some of the interesting and wild characters from rural Kentucky that you write about?

Maybe they should do a Kentucky version of what Waylon Jennings did when he recorded a bunch of Billy Joe Shaver songs on Honky Tonk Heroes.

I should threaten to whoop their ass like Billy Joe did with Waylon if they don’t record my songs!