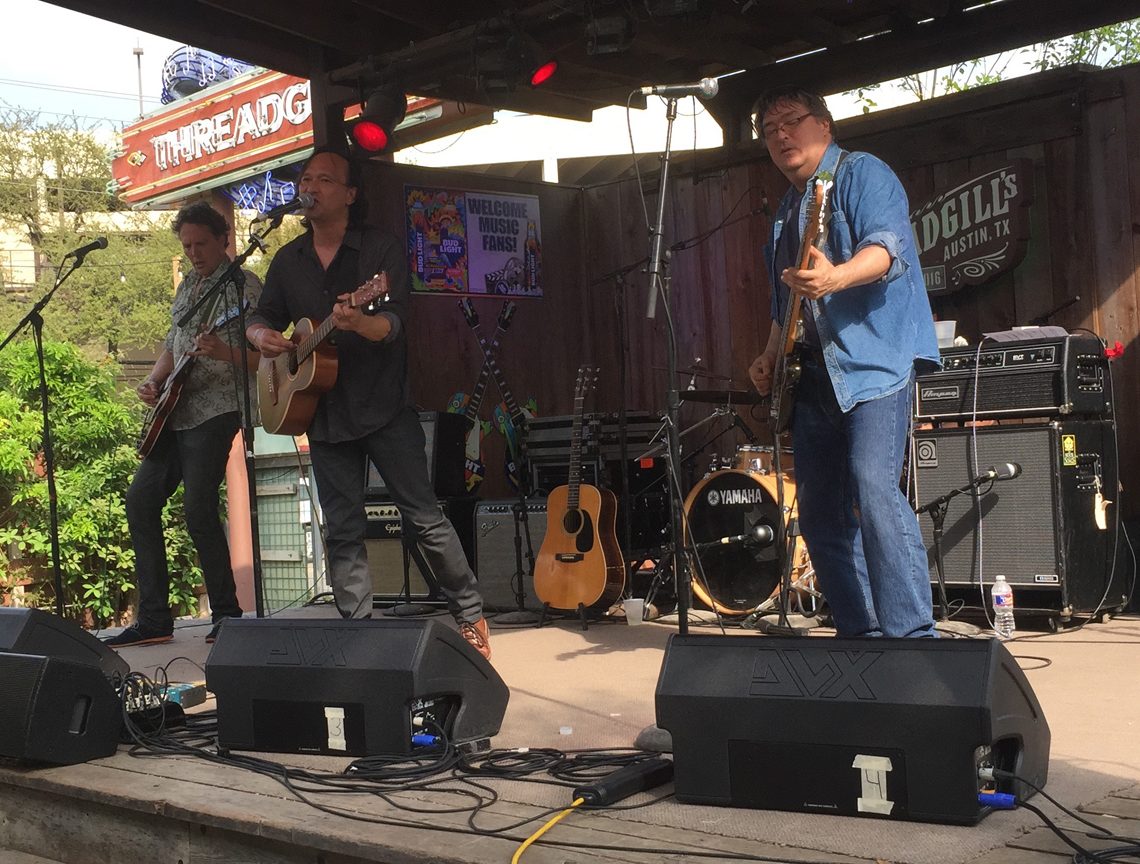 On Friday, March 18 during the height of SXSW week in Austin, Texas, Loose Diamonds performed a rare reunion gig in front of a packed crowd as part of Lone Star Music and KOKE-FM’s “Dillo Mixer” day party at Threadgill’s World Headquarters. Founding members Troy Campbell (lead vocals and acoustic guitar), “Scrappy” Jud Newcomb (lead vocals and electric guitar), and Michael Campbell (bass and backup vocals) were accompanied by longtime friend Rick Richards on drums. The five-song set opened with “725” (a song going back to the Austin band’s Ohio roots as the Highwaymen), and continued with “How Much I Lost” (from 1993’s Burning Daylight), “Stonewalls and Steelbars” (from 1997’s Fresco Fiasco), “Last Ones” (from Burning Daylight), “Broadstrokes” (from 1994’s New Location), and “Just Who’s Driving” (originally from Campbell’s 1998 solo debut, Man vs. Beast.)

In their ’90s heyday, before the band members amicably split to pursue other projects, Loose Diamonds toured relentlessly and built up a small but dedicated international cult following. So for all the diehard Loose Diamonds fans around the world — from Japan to that one dude in New Jersey — who couldn’t attend the band’s reunion at our Dillo Mixer, we took video of the entire show (excluding the first song, just because we had to get situated after introducing the band). We hope you enjoy … and that Loose Diamonds do this again sooner rather than later!

Q&A: Troy Campbell on the history of Loose Diamonds

Previous post The Quaker City Night Hawks’ time is nigh