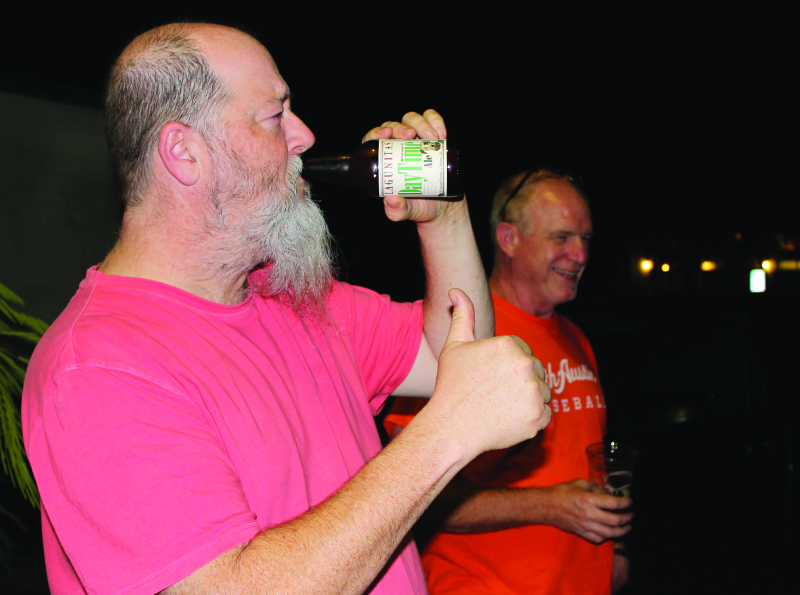 Jon Dee Graham offers this verdict from the studio floor of Austin’s Wire Recording, where he, drummer Keith Langford and bassist Andrew Duplantis have just nailed what sounds like the keeper take on a bluesy little lament called “Strange Conversation.” On the other side of the glass, engineer Stuart Sullivan and Jenni Finlay and Brian T. Atkinson — co-producers of Cold and Bitter Tears: The Songs of Ted Hawkins — are all in agreement, but they’re not quite done yet. Graham still wants to add a lap steel part, after which Duplantis is asked to splash on a little background vocal color. Last but not least, Kevin Russell — the album’s “artistic director” producer, who arrives late to the session after being held up by a flat tire — hops into the booth to goose the mix with some soulful harmonies of his own. 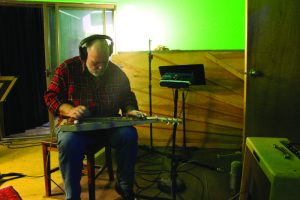 By final playback, “Strange Conversation” feels more than just “good.” Like the handful of other tracks (by the likes of James McMurtry, Gurf Morlix, Sunny Sweeney, Evan Felker of Turnpike Troubadours and Russell’s own Shinyribs) already recorded for this first-ever tribute to Hawkins, it feels and sounds like a genuine labor of love. And if the end result helps shine a little more light on the late singer-songwriter’s musical legacy, everyone involved will be feeling great.

Hawkins, who died New Year’s Day 1995, released only three studio albums during his lifetime — two for Rounder Records in the early ’80s and one for major-label Geffen the year before his death — but each of them garnered critical acclaim that far eclipsed his fame in the U.S.. In fact, although he achieved some degree of touring success in Europe and Asia during the ’80s, the Biloxi, Miss.-native — who first started singing as a teenager in reform school — spent much of his career playing in obscurity as a Venice Beach street performer. That’s where Graham got to see Hawkins in action during his prime.

Graham, who was playing guitar in ex-X frontman John Doe’s band at the time, recalls Doe at one point considering the Hawkins song “Sorry You’re Sick” for his debut solo album, 1990’s Meet John Doe. “That was the first I’d ever heard about him,” Graham says, “and John was like, ‘Dude, you need to go see him — he’s down on the beach!’ So he took me down there to Venice Beach to see him play, and there were like 20-30 people who clearly knew who he was, but there was also a bunch of other people too, like German tourists and people just hanging out at the beach. It was a very weird scene. But he was just dynamite, with this huge voice and playing an acoustic guitar with steel fingerpicks, which is loud as shit, you know? Very rock ’n’ roll for an acoustic street singer. And it was badass.”

Russell, who’s been a Hawkins enthusiast since the early ’90s, when he got his hands on Rounder’s CD reissues of the first two albums, 1982’s Watch Your Step and ’85’s Happy Hour, never did get to see the singer he likens to “Otis Redding and Sam Cooke combined” live; when Hawkins played Austin’s Cactus Cafe in 1994, it happened to be the same night that Russell’s previous band, the Gourds, were booked to play one of their first shows right up the street. “Everybody in the Gourds loved him, but we were like, ‘Ah man, we can’t cancel this gig — we need to make a good impression so we get booked again!’ So we figured we’d catch him the next time, because his Geffen record [The Next Hundred Years] had just come out and he was about to be a big star. But then he was dead not long after that, which was a bummer. That show and the Alex Chilton show at the Cactus maybe the next year are the two shows I really regret not going to.”

Twenty years later, though, Russell would play a big role in getting the Hawkins tribute off the ground. “Jenni calls me the Johnny Appleseed of Ted Hawkins, which is true because I’ve been turning people onto him everywhere I go,” he says with a laugh. Russell turned Finlay, an Americana music  radio promoter who also manages both McMurtry and Graham, onto Hawkins  at the Folk Alliance conference in Kansas City last February, and by the time she got back home to Texas she was already making a mental list of artists she thought would fit the project. Fellow Hawkins fan Atkinson (the author of I’ll Be Here in the Morning: The Songwriting Legacy of Townes Van Zandt, who is also currently co-writing a book with Finlay about her father, Texas songwriter and Cheatham Street Warehouse founder Kent Finlay) was next on board, and Russell, naturally, jumped at the chance to play, too. “They asked me to be involved, and I was like, ‘Hell yeah, I’d love to do it!’” 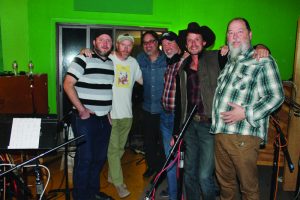 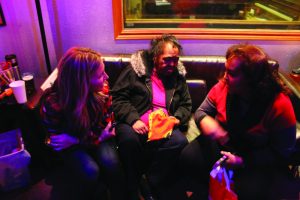 According to Atkinson, Cold and Bitter Tears: The Songs of Ted Hawkins is currently scheduled for release in the fall of 2015 (on Atkinson and Finlay’s own label, Eight 30 Records). That gives folks as yet unfamiliar with Hawkins’ original recordings plenty of time to catch up, or perhaps to catch a Shinyribs show and hear one of the handful of Hawkins tunes Russell has been working into the band’s setlists — including the one they recorded for the tribute, the uproarious, impossible-not-to-dance-to “Who Got My Natural Comb?”

“I think it was just a decision by everyone involved that no one could do that one but Shinyribs,” Russell says with pride. “And I think they were right!”