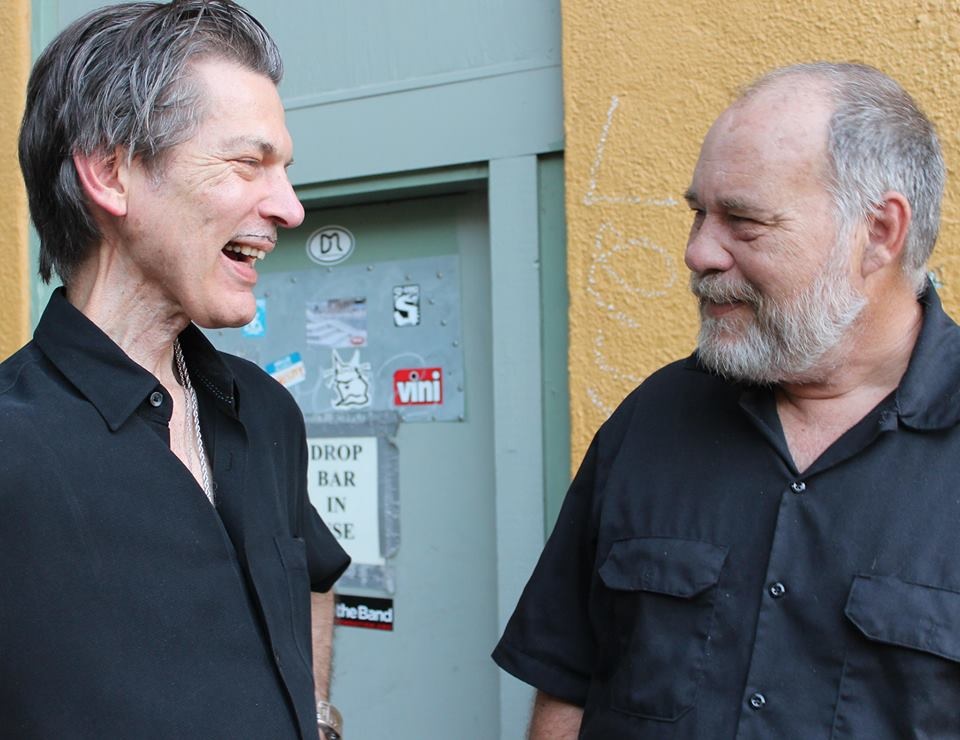 Legendary Austin punk band the Skunks frequently played at San Marcos’ Cheatham Street Warehouse during their early 1980s heyday. Owner Kent Finlay recognized a spark few other Lone Star state clubs could. “At that time in Texas, there were a limited number of places a punk rock band could play,” recalls guitarist Jon Dee Graham, who post Skunks would go on to join the True Believers and eventually launch his own solo career. “You had Raul’s in Austin, DJ’s in Dallas, Paradise Island in Houston and Cheatham Street Warehouse in San Marcos. The punk rock thing was so new and people were so unclear on what it was about.” 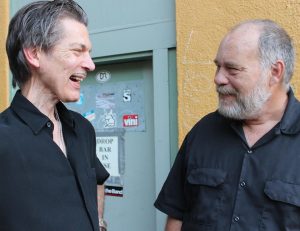 Answer: Punk was about combustibility. Accordingly, the Skunks imploded after five fiery years. However, the group’s most celebrated lineup — Graham, Jesse Sublett (vocals, bass), and Bill Blackmon (drums) — recently reunited at the Woodshed in San Marcos to record a new original song. “The Boy from Armageddon” will appear on a companion disc with the forthcoming book, Kent Finlay: Dreamer (Texas A&M University Press), co- written by Jenni Finlay (Kent’s daughter) and Brian T. Atkinson. Plans are also in the works for a Skunks reunion show at Cheatham Street sometime in the not too distant future, though a date has yet to be set. Here, Atkinson talks with Graham and Sublett about their history with Finlay and playing at his landmark Texas music venue.

How well do you remember your first gig at Cheatham Street?

Jesse Sublett: We had a buzz going for some reason … maybe a story had just come out. We got good press in the University Star. We played there and it was packed. I remember vividly taking home like $900 after Kent’s take and I doubt we charged more than two bucks. I remember really well because there weren’t a lot of places paying that kind of money on the door. It was great and we made decent money later but never that much again. We probably played a dozen, two dozen shows at Cheatham Street.

Jon Dee Graham: Kent never seemed to differentiate between us and any other rock bands that would come through Cheatham Street. He would never talk down to us. He gave us great nights. He would hang out with us and talk. It was so weird because Texas was so polarized between the cosmic country culture and the punk rock. Joe Ely had not yet played with the Clash, so there was no meld- ing of the cultures. But we never felt anything from Kent except this open armed, “Yeah, come play.”

Did Kent say he liked any originals in particular?

Sublett: We played all our hits at Cheatham Street: “Gimme Some,” “Cheap Girl,” “Something About You Scares Me.” I remember Kent liking “Something About You Scares Me,” which was one the earliest songs I wrote for the Skunks. It’s basically about a dim-witted friend of Bela Lugosi as Dracula, the dim-wit taking four verses of the song to put it all together that he’s a vampire: “Your skin is a little too white/Is it ’cause you only go out at night?/You’re richer than a Rockefeller/Then how come you’re sleeping in a cellar?”

Describe the common ground you guys shared with Kent.

Graham: Honestly, I think it was that Jesse grew up in Johnson City, Billy Blackmon grew up in Beeville and I grew up on the border. We were all guys who grew up in these little Texas towns and in some weird way I think it was an avuncular thing, like he was this uncle taking us under his wing and giving us a place to play.

Sublett: A lot of people who weren’t part of that scene wouldn’t like us because we weren’t trying to be in the scene, [but] we knew that we hadn’t just bought guitars because we’d just heard the Sex Pistols and we were mad or political. We just wanted to play music. Kent was an anomaly to me. He was really sweet and easy going and I just love the guy. You’d think it wouldn’t be his cup of tea at all, but Kent just liked the band and he wouldn’t just pay me and I’d leave: we talked after the gigs for a while. That’s another reason I like him: He’s really genuine.

Yet he’s not really known as a punk rock promoter.

Graham: I wouldn’t say he’s known for promoting punk rock, but look at all the stuff Todd Snider has done. He pushed the boundaries of the singer-songwriter thing as far as he can go. Several of his records are pretty avant-garde as far as singer-songwriter things go and Kent loved him. I just think Kent is a really open-minded, open-hearted fellow who took an in- terest in us. He could sense that we were testing boundaries and seeing how far we could go. There’s nothing more outlaw than that. Kent Finlay likes people who fuck with the rules.

For more information on Kent Finlay: Dreamer, visit the book’s website at www.kentfinlaydreamer.com