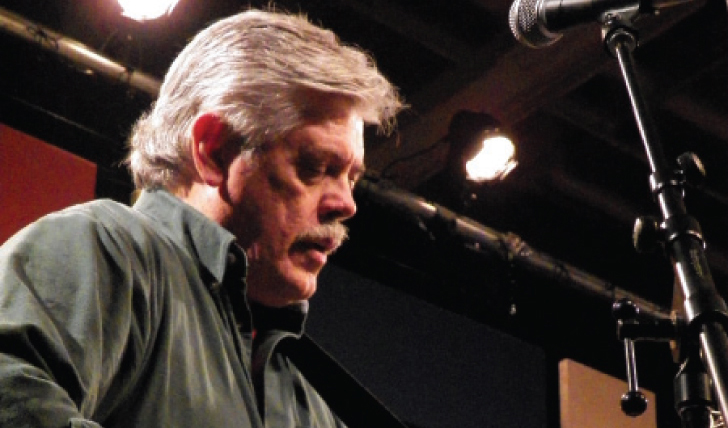 In the history of Austin City Limits, only one musician has played on enough episodes to hypothetically fill an entire season — and he’s never even had his name on the bill. But after decades of playing with acts including Joe Ely, the Maines Brothers and the Dixie Chicks, sideman-extraordinaire Lloyd Maines is finally gettng his time in the spotlight — with his very own tribute as part of a concert benefiting the Austin public TV station that’s been the home of Austin City Limits since its inception in 1974.

“Rather than do a traditional fundraising gala as we have in the past, with centerpieces and tables and all that, we wanted to make music the centerpiece,” says station GM Bill Stotesbery of the KLRU All-Star Celebration, set for May 15 at Austin City Limits Live at the Moody Theater. “And we thought it would be fitting to recognize somebody who’s been really important to Austin City Limits. There’s a lot of folks in this town who have been really important to the show, but Lloyd Maines is the person who’s been on it more than anybody else.”

Although the tribute will only be a part of the evening’s entertainment, the whole lineup reads like a who’s who of Maines’ illustrious client list as both a band member and producer, with his daughter Natalie’s band the Dixie Chicks topping the bill. Natalie will also perform her own set with Ben Harper, who produced her just-released debut solo album, Mother, while Emily Robison and Martie Maguire will take a turn with their Court Yard Hounds. The tribute portion of the evening will feature Joe Ely, Terry Allen, Terri Hendrix, Carolyn Wonderland, and Bruce Robison and Kelly Willis. Lloyd himself will lead the house band. “It’s going to be more of a family jam than a real organized thing,” says Maines.

Proceeds will go towards KLRU’s ongoing efforts to digitize Austin City Limits’ entire archive. “At this point we have a digital archive of all 38, 39 years of the show — 8,000 hours of Austin City Limits tapes,” Stotesbery says. “But we have to finish paying for that, and then we’re putting into place a digital management system that provides storage and access and retrieval of the content.”

The kind of system, perhaps, that could allow researchers at the Rock and Roll Hall of Fame or even at home to pull up every episode that Maines has ever played on. “I think we counted like 14 or 15 times that I’ve been on that show,” marvels Maines. “I’m not really sure how many, to be honest, but I’ve been a lucky guy to be on there a lot.”

Previous post True Believers: Reunited and it feels so good