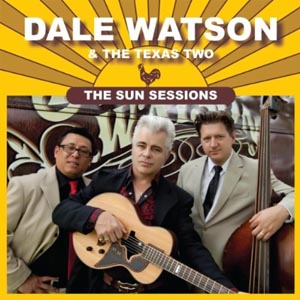 Dale Watson channels the vibe of the Sun Records artists he so obviously admires on this set, recorded at the legendary Memphis studio. His band is pared down to drummer Mike Bernal and stand-up bass man Chris Crepps, and they perfectly capture the vibe of Johnny Cash’s legendary Tennessee Two. The band leans heavily on Cash’s trademark chucka-boom rhythm. There’s not a weak track in the bunch, and many sound like takes from a newly discovered Cash recording session. “Down Down Down Down Down” is a morality tale that makes perdition sound like fun; “Big Daddy” has a shout-along chorus that’ll bring a smile to your face; and “The Hand of Jesus” is a moving gospel/protest song. Watson wrote and cut most of these tunes in a few days, but the result is a timeless salute to the studio that helped create rock ’n’ roll. — J. POET