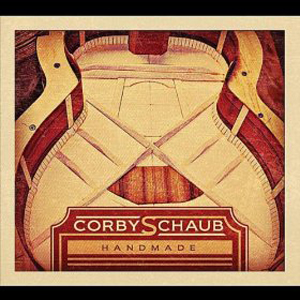 Corby Schaub will be no doubt be familiar to many Texas music and Americana fans from his years as guitar slinger in Ryan Bingham’s terrific band the Dead Horses. His decision to leave the band a year ago might have puzzled some at the time, but as proven with his solo debut, Handmade, he’s more than capable of standing on his own. This is an intensely personal record. At first the naked honesty of Schaub’s lyrics seem a bit awkward and at odds with his virtuosic playing, but after a few listens the uniqueness of this approach wins you over. It reminds me quite a bit of Sonny Landreth, another amazing guitar player who also writes great songs, but there is none of the Cajun influence that is so prominent in Landreth’s work. Instead, Schaub showcases a distinctly Texan approach. There’s a little bit of Steve Earle in his vocals and his lyrics don’t fuck around: Schaub tells you exactly what’s on his mind, and evidently it’s been a rough couple of years. Amazingly though, this record doesn’t come off as dark or depressing — and you can credit that to Schaub’s soaring and lyrical guitar playing. But perhaps the most impressive thing about Handmade is Schaub’s refusal to play himself off as a “guitar hero,” even though his playing is clearly up to that approach. Instead, all of the wonderful playing here is in service to the songs. This is one of the rare albums by a guitar-slinging Texan that doesn’t nod once to the influence of Stevie Ray Vaughan, and that’s undeniably refreshing. — GREG ELLIS