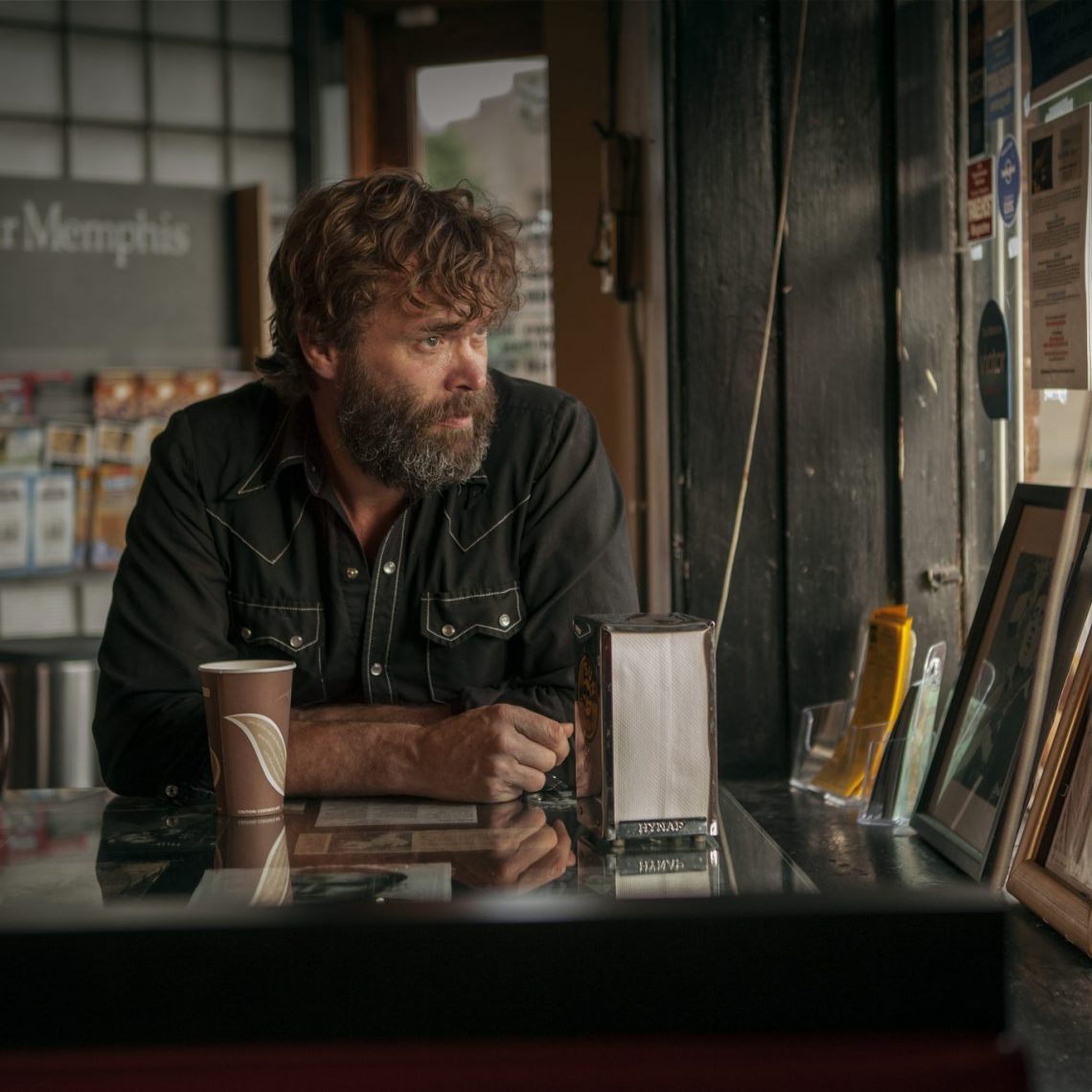 A few years back, Corb Lund and his band, the Hurtin’ Albertans, were touring across Canada with Texan Hayes Carll when they were invited to a sit-down lunch with Stephen Harper, Canada’s Prime Minister. The invite came from none other than Mrs. Harper; it seems the Prime Minister’s wife had been a fan of Lund’s music for some time, and also hailed from the singer’s native Alberta. “A good country girl,” notes Lund. The ensuing event was quite the scene, with 15 or so road- weary, music-playing cowboys stumbling into the Canadian equivalent of the White House sporting tour beards, scraggly hair, and Led Zeppelin t-shirts to be served bottles of Coors Light by suit-wearing butlers. 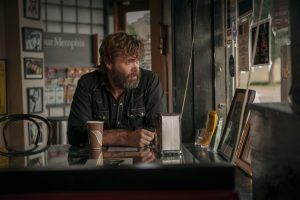 “We all had to submit our names and shit ahead of time so the security at the residence could check us in or whatever, and Hayes got drunk or something and forgot his ID the morning that we went over there,” Lund recalls. “So the security guard has the clipboard and earpiece and is checking our IDs, and Hayes is like, ‘Oh dude, I forgot my ID, but I got this CD with my name and face on it …’ And the guy was okay with it!”

Lund laughs as he tells the story over the phone from his current home, not far from the cattle ranch where he was raised. That ranch has been in his family for six generations, ever since his ancestors crossed over the Canadian border just a few miles north of Glacier Park in Montana.

Not surprisingly, life on the ranch now routinely finds its way into Lund’s music, which is as pure country and gritty Americana as anything coming out of his security-crashing tour buddy Carll’s home state of Texas — and pretty far removed from the Black Sabbath and Slayer records that informed his earliest endeavors. Lund’s metal side came through loud and clear, though, in the Smalls, the eclectic Canadian speed/punk band he toured and recorded with as a bass player for more than a decade.

The Smalls lasted until 2001, but even as they were winding down, Lund was looking back and beginning to embrace his country roots. All of those Marty Robbins songs he heard as a youth were starting to catch up with him, inspiring him to write songs of his own. And it didn’t take him long to figure out that the performance edge and confidence he’d honed over all those years playing the hard stuff could still be put to good use.

“I think being in a metalish band for 10 years, you get a completely different perspective on writing songs than if I had just started playing country music from the start,” Lund says. “So I think incubating my writing style in that scene for years and years forged my style, and now if some of my country stuff is a little quirky or weird, it’s because of that — and I think it’s a good thing.”

Fans and critics north of the border have concurred for years. Starting with 1995’s Modern Pain, Lund and the Hurtin’ Albertans (formerly the Corb Lund Band) have made quite a name for themselves in Canada. Lund now has eight records under his belt to go along with multiple Canadian Country Music Association awards and even a Juno (aka “Canadian Grammy”) for Best Roots and Traditional Album, which he won in 2006 for Hair In My Eyes Like a Highland Steer. And with a helping hand from Carll, a deal with New West Records, and a tiring touring schedule, Lund has at long last started to make significant headway south of the border, too. He’s now been a bit of an underground favorite with Americana fans from Austin to Nashville for years, with 2012’s Cabin Fever — his second album for New West — pushing him squarely into “next big thing” territory.

Meanwhile, up in his homeland, Lund is already established enough that CMT Canada approached him last year with an offer to record his own television special, which would be taped over two days at the historic Sun Studios in Memphis, Tenn. But Lund, downplaying any notion of his own fame, is quick to note that it was most likely the Hurtin’ Albertans’ reputation as a tried-and- true band that secured the TV offer.

“Being together for 11 or 12 years is kind of why CMT picked us,” Lund says. “It’s funny, because in Canada we are (still) sort of an anomaly; they play us on CMT, but we don’t fit in sonically with a lot of the other bands they play. But they like us there. And in a lot of cases, we’re more like a band than a lot of the country artists they deal with. A lot of times it’s the singer/writer guy or whatever and whoever he hires, which is how the country guys do things sometimes. Whereas with us, we really are a band — it’s been the same guys for a long time.” 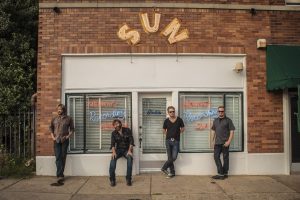 So with camera crew in tow, the whole band (Lund on lead vocals and acoustic guitar, Grant Siemens on electric guitar and lap steel, Brady Valgardson on drums, and Kurt Ciesla on bass) travelled to Memphis, set up their gear in the legendary recording studio built by Sam Phillips, and got down to business. They recorded for two days, live and straight to tape. “The first hour or so was a bit weird,” says Lund, “but once you got up and running it felt really natural.”

Not that there weren’t plenty of chills to go around. “They have a big X on the floor where Elvis stood to record, and all the pictures of Jerry Lee Lewis and Johnny Cash and all of those guys,” Lund recalls. “They’ve got this picture of the Million Dollar Quartet — Elvis, Johnny, Jerry Lee, and Carl Perkins — up in the studio, and that was pretty intense.

“It’s kind of crazy how in those days, people called Sun the birthplace of rock ’n’ roll, but back then you had Elvis and Johnny Cash hanging out and one of them is a country icon and one of them is a rock icon,” he continues. “So you had country and rock and even gospel all coming from the same place.”

All of the tracks they laid down at Sun were already very well road tested, having originally been recorded for the aforementioned Juno-winning Hair In My Eyes Like a Highland Steer and Lund’s 2002 album, 5 Dollar Bill. “They are some of the older songs that we have been playing live for years, because we only had two nights to do this recording and we just played songs that we knew like the back of our hands,” says Lund. “And it turned out kinda cool, because it’s a much more raw, organic, and down and dirty recording of these songs. I think I like them in some ways better than the originals. At Sun it’s like a ’50s-style studio, just one room, so there’s no studio tricks or overdubs. You just put the four guys in there and hit record and you either play them or you don’t.”

After the special, dubbed Memphis Sun, aired on CMT Canada, Corb and New West decided to take the songs from the session and release them as his new record: Counterfeit Blues, which came out July 1. The album finds the band in top-notch form from start to finish, ripping through tunes such as “Truck Got Stuck,” “Five Dollar Bill,” and “(Gonna) Shine Up My Boots.” Throughout the set, Siemens’ tasteful guitar licks find their way perfectly in between Lund’s comfortable country singing, and Ciesla’s upright bass playing, always a signature of the band’s sound both live and on record, is featured on many a song, including the appropriately titled “Big Butch Bass Bull Fiddle.”

“It’s funny,” offers Lund, “because in Canada it’s like a live ‘greatest hits,’ but in the States it’s a little mixed, as some people know that old music of ours but a lot of people have just heard us through our last record, Cabin Fever. So in a way to a lot of American people, it’s a new record because they don’t know the older tunes.”

As for brand new tunes, Lund fans both seasoned and still learning the ropes won’t have long to wait. After spending the summer on the festival circuit supporting Counterfeit Blues — and squeezing in a reunion with his old speed metal pals in the Smalls for a few shows across Canada — Lund will commence work on his fourth New West album (and 10th overall). That record is tentatively scheduled for release in the spring or summer of 2015.

Lund will be smack in the middle of his 40s by then, which by his accounting should be the beginning of his songwriting prime. “What’s Willie Nelson now, 80?” he asks, only a year off. “Rodney Crowell’s still making music and Emmylou (Harris) is still making music, and it’s great. I’m pretty convinced that it’s hard to write and I’m not really too interested in anyone’s country songs until they are like 30 or 35, anyways.”

And if that thinking puts him at odds with the increasingly youthful demographic of today’s mainstream country chart, well, this Canadian is more than happy to keep on making inroads with the Americana crowd.

“Americana to me just means country that’s not on the radio and doesn’t suck,” he says. “The Americana scene — and especially the Texas guys — have been really, really good to us. The Texans have kind of adopted us and it’s really fun to come down there and play. It feels like we are part of the community now.”

Naturally, he singles out Hayes Carll (who co-wrote and sang on Lund’s Cabin Fever song “Bible on the Dash”) for helping to really open doors for him in the Lone Star State and beyond. But then again, one could argue that until Hayes introduces Corb to, say, the President, isn’t it Lund that has the leg up in that friendship?

Lund demurs with a chuckle. “Only in Canada,” he says.