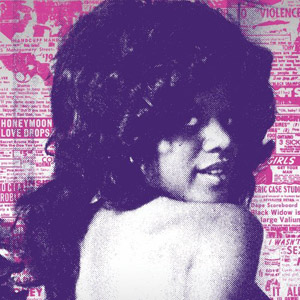 Black Joe Lewis & the Honeybears don’t do sweet soul music. They do down ‘n’ dirty, punky funk, of the in-yo’-face variety. That’s partly because Lewis isn’t exactly a nuanced vocalist; he’s more of a shouter than a singer – and on some cuts (like Ivory Joe Hunter’s “Since I Met You Baby”), his voice is torn and frayed. But he’s clearly going for emotion (or maybe just motion), not finesse. For what this band wants to be — a party-starting hybrid of Muscle Shoals and Motown, Memphis and Clarksdale (as redirected through the lips and hips of a certain rooster-strutting British icon) and maybe a little of the grittily elemental, rubber- and rust-belt Black Keys — it mostly works. The transistorized guitar and phat bass of the title tune come off like chopped ‘n’ screwed R&B; “Ballad of Jimmy Tanks” even features some Earth, Wind & Fire-style vocals (and those horns … they’re the heart of this soul). But if originality matters more than the vibe, better step back in time. Because if “Booty City” doesn’t remind you Edwin Starr’s “25 Miles,” and you don’t hear George Thorogood channeling John Lee Hooker in “Mustang Ranch,” you need to clean your ears. – LYNNE MARGOLIS