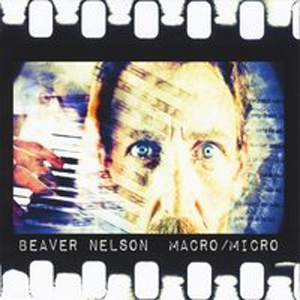 Beaver Nelson has made six records over the last 15 years. They have all been good, solid collections of guitar-driven songs that showcase Nelson’s solid melodic sense and deft lyric writing. But if you heard any three of them in a row, you might not know which was which. You’ll have no such trouble with his seventh release, though, because Macro/Micro is a concept album in the truest sense of the word. It’s a big, sprawling mess and all the better for it. If you ask me, it is a solid early contender for album of the year.

Guitarist “Scrappy” Jud Newcomb has described the album as the Who’s “Quadraphenia written by Townes Van Zandt,” and that’s pretty danged accurate. Macro/Micro is clearly “about” something, but I haven’t the slightest idea what it is and quite frankly it doesn’t matter to me — just like it didn’t matter to me what Quadrophenia, Jethro Tull’s Thick as a Brick, or Radiohead’s OK Computer were “about.” What makes all those concept records great is the vibe, the repeated themes, the whole massive reach of the thing, and so it is with Macro/Micro. Composing the songs mostly around his quirky piano playing and linking various sections with instrumentals, Nelson takes us on a journey (most likely through his psyche) with highs and lows, moments of great beauty and abject pain. Sometimes it rips your heart out and sometimes it flat out rocks.

It’s the reach and ambition of the project, combined with Nelson’s songwriting gifts and the stellar playing from Newcomb and all the others, that makes Macro/Micro such a success. At a time when his contemporaries search for a way to squeeze pennies out of the Internet one song at a time, Nelson has delivered a sprawling masterpiece that demands to be taken as a whole, a true contract between artist and listener. Do yourself a favor and jump on for the ride. — GREG ELLIS