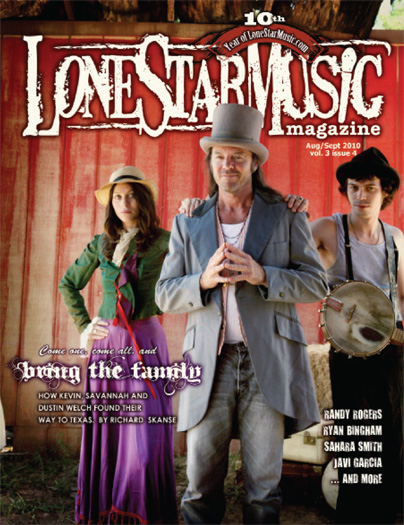 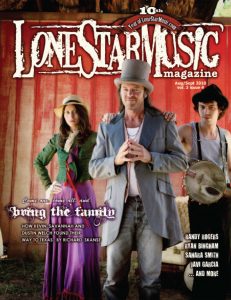 Well, hello out there and thanks for picking up our latest issue of LoneStarMusic Magazine! I’m going to keep my notes short this time, because me finishing this letter is now the only thing standing between this production and the proverbial fork. In fact, that fork is presently in the eager hand of our art director, Melissa Webb, and I’d much rather see her jam it in the file than into my forehead, which she has every right to do after what I’ve put her through on this deadline. But I digress …

So, let’s do some shout outs and put this thing to bed, shall we? I’m very proud of our staff and freelancers and all of the great music we’re able to spotlight this issue, from up-and-comers Sahara Smith, Javi Garcia and Johnny Cooper to two of the biggest acts on the LoneStarMusic radar, the Randy Rogers Band and Ryan Bingham and the Dead Horses. Not to mention the late, great Woody Guthrie, who is saluted not only in Terri Hendrix’s “Rock the Goat” column, but in our cover feature on Kevin Welch. I had a blast interviewing not only Kevin but his two equally musically gifted “kids,” Dustin (aka the “Whisky Priest”) and Savannah (of the Trishas), and want to thank that whole family for allowing us to crash their Father’s Day together for a photo shoot. Was it worth it? I think the amazing shots that photographer Holly Brunkow captured speak for themselves. And of course, once again I am blown away by Melissa’s art design in this issue. I doubt I’ll ever take her mad skills for granted, but I’m gonna have to at least get more accustomed to them, lest I run out of superlatives before I’ve even been here a year.

Oh, last but not least — and right in line with the family theme of this issue — I really do need to thank my own dad (another Richard), too, for loaning us all of the costumes used for the Welch photo shoot. Believe it or not, the Welches don’t normally dress like traveling Carneys … well, except for maybe Dustin, but I digress again. Anyway, if you’re looking for costumes come Halloween, please check out my dad’s shop in downtown Buda, Texas. Just ask any local there where you can find “that guy who used to have the coffee and pizza joints but now has all the costumes and stuff.” Odds are they’ll know exactly who you’re looking for.

And on that note … Miss Melissa? Fork, please.