ACL reaches the big 4-0 Stars align onstage to celebrate 40 golden years of live music on TV — and to add one more name to Austin City Limits’ new Hall of Fame. 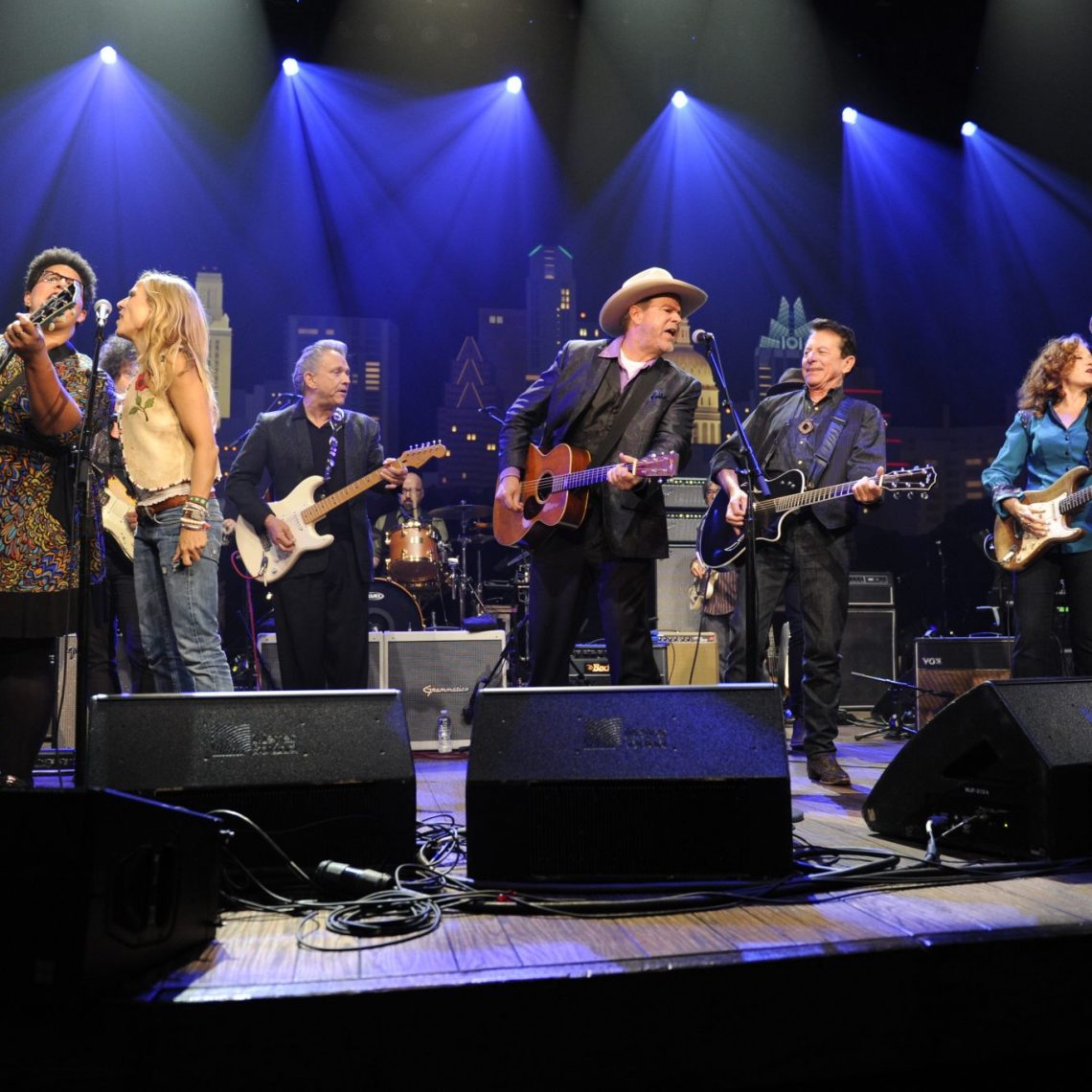 Stars align onstage to celebrate 40 golden years of live music on TV — and to add one more name to Austin City Limits’ new Hall of Fame.

When PBS agreed to air a TV show featuring Austin musicians giving intimate performances inside a University of Texas broadcast studio, no one had any idea it would last more than one season. Much less 10. Or 20.

But when Austin City Limits celebrated its 40th anniversary with an all-star concert on June 26, it confirmed its status as the longest- running live-music TV show in the country — possibly even the world. That event, taped at the show’s 3-year-old digs at ACL Live at the Moody Theater, will be combined with footage from the inaugural Austin City Limits Hall of Fame induction ceremony, held April 26 in the show’s original Studio 6A, for a two-hour special to air Oct. 3.

In those 40 years, ACL certainly put Austin on the world’s radar as a hotbed of authentic music, while capturing performances by such a who’s-who of talent, it’s almost easier to list who hasn’t appeared on the show. The anniversary concert, co-hosted by Sheryl Crow and Jeff Bridges, started out with Bonnie Raitt, Alabama Shakes’ Brittany Howard and homeboys Jimmie Vaughan and Gary Clark Jr. trading riffs on “Wrap It Up,” the hit by Vaughan’s old band, the Fabulous Thunderbirds. Kris Kristofferson, Doyle Bramhall II, the Shakes, Grupo Fantasma and the other artists all got spotlight moments, too, backed by a house band led by Lloyd Maines. The four-hour-long extravaganza even featured a Foo Fighters appearance — via videotape captured in Studio 6A, doing Austinite Roky Erickson’s “Two-Headed Dog.” But Robert Earl Keen and Joe Ely just about stole the show with their surprise induction of pedal steel/dobro/guitar player Maines into the ACL Hall of Fame. Maines, who has logged more appearances on the show as a sideman than any other performer — at least 16 — was feted with his own ACL tribute in 2013, but was not among the first batch of inductees honored in April: Willie Nelson, Stevie Ray Vaughan & Double Trouble, show creator Bill Arhos, and UT Longhorns coach Darrell Royal.

“I met Lloyd back in the ’70s in Lubbock,” Ely said. “The way he played the steel guitar just scared me to death.” Keen presented Maines with a T-shirt on which he’d printed his poem, “I Wanna Be Lloyd,” a hilarious ode to the good-natured player who’s “friendly to all and never annoyed/by singer-songwriters, pickers and grinners/bipolar divas or high-lonesome tenors.” (Read the full poem below.)

Admitting he was overwhelmed to receive the honor, particularly from two of his best friends (his first ACL performance was in Joe Ely’s band), the Grammy-winning producer and dad of Natalie said, “My goal in life was to be a sideman. I never really enjoyed being in the spotlight.

That formed a perfect lead-in to the finale, a kick-ass rendition of fellow Lubbockite Buddy Holly’s “Not Fade Away,” with the headliners and house players forming a 10-guitar army, plus Crow on harmonica. It spoke not just to the longevity of those onstage, but to the show itself.

Earlier that evening, as she exited after performing “Your Good Thing (Is About to End),” Raitt shouted “Long live Austin City Limits!” With its namesake theater and Austin City Limits Festival; a new, not-yet-physical hall of fame; an in-the-works documentary; live streaming; and move into worldwide syndication, it’s a safe bet that ACL will not fade away for a long, long time. 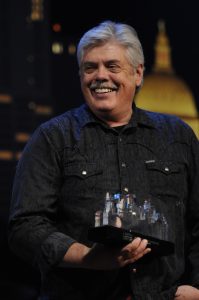 “I WANNA BE LLOYD”

In my next lifetime I wanna be Lloyd
Friendly to all and never annoyed
By singer-songwriters, pickers and grinners
Bipolar divas or high-lonesome tenors
Managers, agents, roadies have tried
To make Lloyd annoyed … all of them died
Record execs have gone to great pains
But as you’d expect, they ain’t shit to Lloyd Maines
All of the things that drive me insane
Don’t ruffle a hair on the head of Lloyd Maines.
So when I light out for that blue beyond
And stand in the doorway with my music baton
I wanna be Lloyd in God’s studio
That fine angel band, raring to go
And I’ll hold up one finger, ask this one thing
“Can you please check your tuning
On that open B string?”