The Ultimate Texas Country vs. Red Dirt Album Showdown We rounded up 64 of the biggest "LSM" albums of the last 17 years. Now YOU pick the biggest of the big. 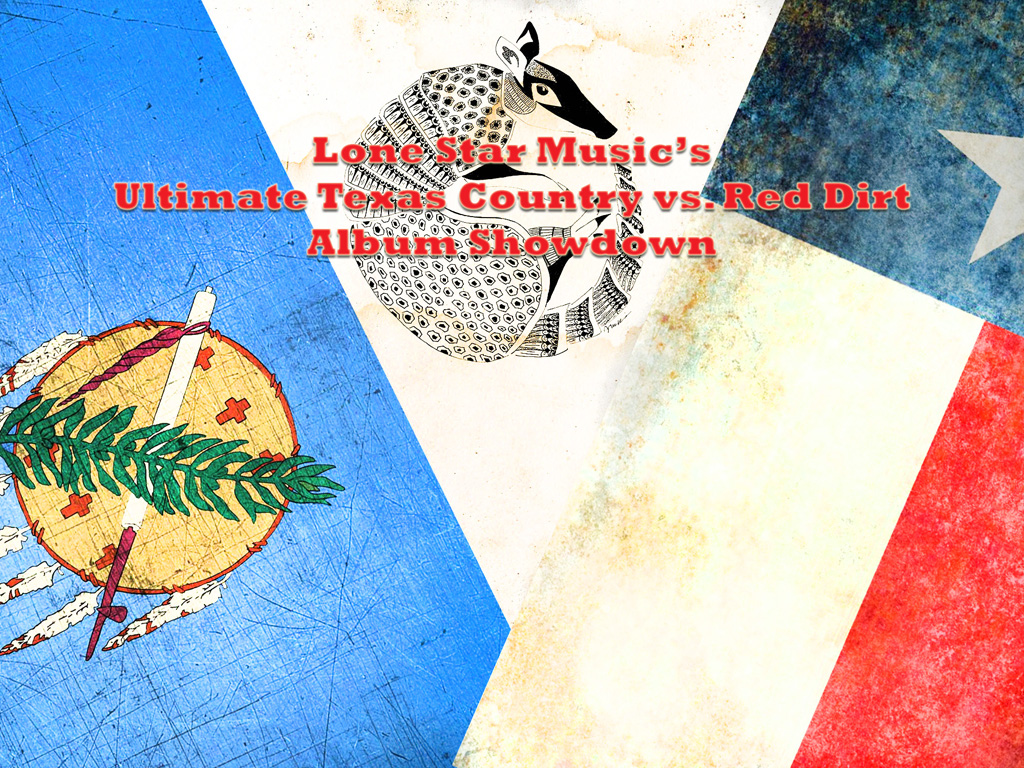 As Lone Star Music celebrates our 17th year in business covering the Texas/Red Dirt scene, we present to you, the fans, our very first just-for-fun LSM Tournament: The Ultimate Texas Country vs. Red Dirt Album Showdown. As its name implies, this is a fan-voted battle royale of 64 of the biggest albums released during the “LSM Era” — which we’re defining as the 17 years we’ve been in operation as a specialized E-Commerce site (lonestarmusic.com), a brick and mortar record store (Superfly’s Lone Star Music in San Marcos, Texas), an award-winning magazine (Lone Star Music Magazine, now LoneStarMusicMagazine.com) and a live event arm (Lone Star Music Awards, SXSW, Americana Music Association showcases and many, many more).

Although artists from both sides of the Texas Country and Red Dirt divide have long coexisted happily in our scene, in the spirit of the heated rivalry between the Longhorns and the Sooners, we’re pitting the Texans and the Okies against each other in our own Red River Showdown — with each side represented by 32 different albums by the biggest names in the regional music scene. What do we mean by “biggest”? Well, being a record store, we used album sales (through our website and physical store) to form the backbone for the tournament entries and seeding. But we also asked ourselves which albums over the past 17 years have had the most cultural impact on the Texas Country/Red Dirt scene and provided the backdrop and soundtrack for those best of times where recollection of events and music will forever be intertwined. Doubtless there will be debate on that matter, and we welcome it. Yes, there are many established and highly regarded artists not represented here, and no, we don’t necessarily consider all of these 64 albums to be the most critically acclaimed albums released in the past 17 years. Rest assured we’ll have tournament brackets more along those lines in the near future. Still, having kept pretty close tabs on the whole Texas Country and Red Dirt music scene since 2000 — especially in terms of the artists and records fans couldn’t get enough of — we feel confident in presenting these 64 contenders as some of the most defining releases of the era.

A few criteria (other than sales and impact) that we used in winnowing down the field to 64:

– No live albums. We’ll have a separate tournament bracket for those down the line.

– While there are a handful of recent titles that achieved immediate “Classic” status, there are many on the verge that we just have to let marinate a few more years before declaring them worthy.

– No more than two albums from a specific artist (only applicable to the Red Dirt/Okie side of the bracket). We’ll likely ease this restriction in future brackets to crown the ultimate Red Dirt Album of all time and the ultimate Texas Country Album of all time. The second album selected from an artist had to be seeded as an “underdog” in these cases because, well, it simply made for more compelling contests.

– When seeding, we often felt the need to create compelling match-ups (much like the NCAA basketball selection committee) that resulted in us bumping seeds up or down to accommodate the desired match-ups — some in the first round, and some being potential mid/late round match-ups.

Previous post Rob Baird: "Ain't Nobody Got a Hold on Me"