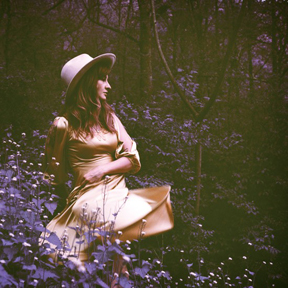 Midwest Farmer’s Daughter, the auspicious debut (on Jack White’s Third Man Records) from Illinois native and current Nashville resident Margo Price, finds the “It Girl” of this year’s SXSW centered on those certified country musical staples of heartache, hard times, hopefulness and the truest of grit that any three barre or honkytonk chords could ever ask for. These songs, born in tragedy and a desperate desire to right oneself in the wake of poor life choice coping mechanisms, may have familial roots in the heartland, but they’re sung by a voice that is a rightful heir to Music City’s trio of no-nonsense feminine royalty: Kitty, Loretta and Dolly. Price knows — and shows — that vintage twang and raw emotion have long been two of the best tools for living in this cruel world. From the opening track, “Hands of Time,” first verse, it’s crystal clear that Price is an evocative songwriter who pens compelling narratives that leave the listener on the edge of their seat. It’s a riveting and revealing musical autobiography clocking in at six minutes and nine seconds, just enough time for Price to share her personal story in a way that makes for an empathetic audience ready to root for her to “make a little cash” to “buy back the farm and bring my mama home some wine.” On the austere and moving “World’s Greatest Loser,” she lists all the things she’s lost (weight, sleep, time) and concludes that, “if I lost you, I’d lose it all.” The lyrical quantifying continues on “Four Years of Chance,” which finds Price adding up the number of 1,461 days the long-suffering spousal partner has let things slide in the past before coming around to the realization that “now one more may as well be a million to one.” For this seasoned newcomer who has been beating the Nashville bushes and gigging in its farthest away of places for several years, Midwest Farmer’s Daughter is a triumphant coming out party that is primed to go into the wee hours of many a rotation. — D.C. BLOOM